Featuring a golden color, a buckskin horse is one of the most beautiful horses.

The term “buckskin horse” sounds more like both a breed and a coat color, but it only refers to the color.

It isn’t a color breed either, but a standard coat color that can appear in any breed.

Read on for buckskin horse facts, origin, colors, and characteristics.

What Is A Buckskin?

Buckskin is a horse with tannish or golden coat color, with a solid black mane, legs, and tail.

The eyes are usually brown but can be blue if the specific genes are present.

Some tails have a mix of black and white or lighter hairs, a trait called frosting. Then why the name buckskin? Because true buckskins have similar coats color to the male deer, a.k.a a buck.

Buckskins have been around for a long time. Oklahoma State University traces their origin to primitive Sorraia breed, initially in the Spain Sorraia.

The Spanish first bred the buckskins in the Middle Ages and brought them to North America during the exploration era. The Spanish loved the buckskins’ exceptional endurance and low maintenance needs and used them as pack animals.

It’s believed the Sorraia buckskin became a wild horse that bred with the Wild West horses to develop the western buckskins. And the cowboys fell in love immediately, for not only the beautiful golden coat color but also the desirable soundness and sure-footedness.

Buckskin coat colors result from a single dilution by a crème gene acting on a bay horse.

Bays usually have a brown coat color and a “black base coat” gene, the agouti gene.

The crème gene mixes with the brown color to create a tan color, and the agouti gene maintains the black color to the mane, lower legs, and tail.

And to make a foal a buckskin, one of the parents must have a crème gene. But the good news is, most breeds such as Mustangs, Morgans, and Quarter Horses have the crème gene, hence can sire a buckskin.

To be sure it’s a buckskin, horse lovers need to do a coat color test.

And true buckskins have one of the following equine coat color test results.

The letters Cr show a crème gene, and cr represents its absence, and Crcr signifies a pair of crème genes.

Buckskin as a Horse Breed

You’ve possibly read somewhere that buckskins are a breed. Though not entirely true, the uniqueness of buckskin coat is sometimes classified as a color breed (classification based on coat color and not pedigree).

Another good example of a color breed that we’ve covered extensively is the blue roan horses.

But the single dilution can never result in a consistent true-breeding trait, and it’s not always a guarantee that two buckskins will sire a buckskin foal.

Also, one of the parents must have the crème gene to produce a true buckskin-coated horse. Genetically, the heterozygous nature of the cream gene can result in a range of base or cream coat colors.

For instance, based on the recessive and dominant trait calculations, breeding two buckskins will result in an offspring with:

Buckskin coats coloring can vary widely from light to dark color shades, and each coloring pattern has a shade name. Below are the most common color shades:

The three colors feature the same genetics, with phenotypes or expressed color varying randomly from individual to individual equine.

A good illustration is how two blue-eyed people could have different shades of blue.

Though barely testable today, a variation of the agouti gene can change a genetically bay to a brown. The shades below result from the action of several genes on a bay.

What Is The Difference Between A Buckskin And A Dun?

Many people confuse a buckskin with a bay dun horse, and sometimes the names are used interchangeably. Though they both have almost similar-looking golden tan coats, they’re different genetically.

And both result from base color dilution by a gene, but by different dilution genes. Also, the crème gene in buckskins acts on bays only while the dun dilution gene dilutes both black and red-based horses.

Buckskin horse colors range from pale yellow to deep gold but fall under true buckskins if their coat color is similar to a tanned deerskin.

They’ll also have black points in their manes and tails and solid black legs. Also, the buckskins have no stripes.

On the other hand, dun coloring or bay duns can range from light yellow to an almost chestnut Reddish-brown, with legs’ shade darker than the body’s base coat color.

They have primitive markings, usually a prominent dorsal stripe over the back or leg stripes.

Further, duns have horizontal striping that marks the shoulders, foreheads, or lower legs. Common horse breeds with a dun color include the American Quarter Horses, Icelandic Ponies, and the Highland Ponies.

Horse Colors with a Buckskin Base

You need one dominant black gene, a single crème gene, and one agouti gene to get a buckskin coloring. However, there are other coat colors formed over a buckskin base. For example:

Can A Buckskin Have A Dorsal Stripe?

The dun gene, like the cream gene, isn’t limited to a single breed. If present in the parents of a buckskin, then the foal can have a dorsal stripe.

However, the dorsal stripe can result from countershading and thus need a DNA coat color testing or a closer look at the pedigree to determine the actual cause.

Genetically, any foal with a dorsal stripe or with leg striping carries a dun modifier. And if they also have a crème gene, their proper name would be “dunskin” and not buckskin.

Many people will mistake a dun for a buckskin due to the crème dilution on a bay, especially if they don’t know how to check the primitive striped markings of a dun.

Here are some facts on buckskins:

Since its inception in 1965, the American Buckskin Registry Association has collected, recorded, and preserved the pedigree of buckskins, red duns (a dun gene acting on a chestnut base), grullas, and duns.

The association also accepts miniature horses, mules, and ponies of all breeds, provided they are offsprings of buckskins.

The registry is the most significant worldwide for buckskins, links to local charter groups, and provides information about coloring requirements.

To register a buckskin, it must have a tanned deer hide color or at least be a shade varying from yellow to dark gold, with dark brown or black points.

Buckskins with muddling colors aren’t registered. Others that do not fit the criteria include Albino, Paint, Pinto, Appaloosa, and palominos that possess a dorsal stripe.

The two organizations deal with buckskin-colored horses globally, and their websites have all the information on registered animals.

Registering your pony with these organizations increases its value and connects you to a community of similar animal owners.

And, as of 2016, you can register your miniature horse with IBHA, provided it has eligible coat color.

Are buckskin horses a breed?

Buckskins have common characteristics but are not a breed. Buckskins exist within horse breeds. Though sometimes people classify buckskins as a color breed rather than based on pedigree.

Buckskins are common among different breeds around the world. They are especially common in stock horses and gaited horses. In fact, the same gene in buckskins is responsible for palomino horses. However, some color shades are more common than others are, with standard buckskins leading in popularity and countershading common among adult horses.

Can a buckskin horse have a dorsal stripe?

Yes, they can. Buckskin is just a base color, and other color genes can result in dorsal stripes, white markings, pinto, and paint markings. They can even turn completely roan or grey.

What’s the Difference between buckskin and dun?

A buckskin has a single cream dilution gene that works on a bay horse, while a dun dilution gene acts on red-based and black horses. Even though their color coats can look very similar, a dun will have a distinct dorsal stripe.

Is spirit a buckskin or a dun?

Spirit is a buckskin, specifically a buckskin Kiger mustang colt. Other popular buckskins in Hollywood include the Mart Dillon’s big buckskin quarter horse and the Kevin Costner buckskin in the movie “Dances with Wolves.”

Buckskins are often excellent ranch horses with a beautiful golden coat and majestic personality. It’s known for being a solid and steady horse and loved by both horse people and general fans. Their superior genetic heritage ensures they can be sired in any breed and thus will remain around for a long time. 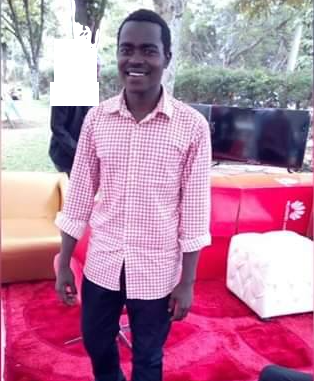 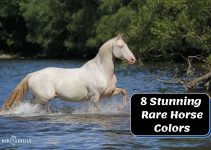 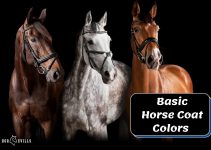 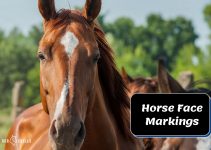