Have you ever wondered what a stallion is? Or what is a mare? The horse world almost seems like it has its own language, but it doesn’t have to be complicated to understand.

As a seasoned equestrian, I will introduce you to horse gender terminology in an easy-to-remember way. Read more to learn!

ALSO READ: How Do Horses Mate?

A filly horse is a young female horse. A female horse is usually called a filly until it reaches the age of four.

In some circles, they are called fillies until five years old. Female horses reach the age of sexual maturity at about 18 months; however, they rarely breed when they are still considered a filly.

Here’s a video of a cute filly!

Baby girls first time outside! Someone tell my mom to hurry up and pick a name😂 #foal #babyhorse #filly #newbornbabies #horsetok #quarterhorse

A mare is an adult female horse. Some call mares moody because of their switches between easy-going temperament and defiance.

This is also because mares go into heat, which causes an increase in hormones that affect the mare’s behavior [1].

You might be surprised to hear that it is extremely rare for an adult female horse to be spayed. For mares, spaying is a primarily unnecessary procedure with little benefit. Sometimes medical conditions may require a mare to be spayed.

Because of its rarity, there isn’t a horse term for a spayed female horse. So any adult female horse can be called a mare.

There are a few more terms for adult female horses, but they are based on the breeding status of the mare.

Here are some mare horses!

Mares also have other terms based on if they are used for breeding. A broodmare is the gender term for a mare used only for breeding purposes. These horses are usually from a highly desired bloodline.

Take a look at this video of a lady bathing her broodmare.

A dam is simply a mare that has mothered foals. Dams can be called dams for the rest of their lives, but horses of both genders are typically called aged horses after 15 years to signify their advanced age.

By 6–12 months of age, male horses begin to be called colts.

Once a colt reaches maturity, they are gelded to be geldings or remain intact and are known as stallions.

Look at this cute colt!

Intact stallions are known for aggressive behavior compared to other gender categories. Wild horses live in herds, and stallions are naturally herd leaders.

Wild stallions must protect their herd from predators and take on other stallions for dominance. These ingrained traits lead stallions to display more aggressive behavior than mares or geldings.

This horse is such a gorgeous stallion!

The video below shows a stud horse.

Colts that are born of an impressive sire typically will be kept intact for their stud potential.

A sire is a stallion that has fathered foals. Sires are also typically studs as well and will usually have many foals. Rarely will a sire only have one foal, but this can happen.

There are cases of studs with low fertility but an impressive bloodline. In these instances, breeding may be attempted many times and may only be successful once, but it only takes one foal to make a sire.

Sometimes there is a category between a gelding and a stallion known as a rig.

Rig is the generic term for rigling. The proper term for a horse of this category is cryptorchid [2]. These are male horses who either have one or more undescended testicles or have been improperly castrated.

In this situation, the male horse still has a similar amount of testosterone as a stallion and may have stallion qualities as a result, including the ability to be still fertile.

Cedar’s surgery has been postponed for years due to his owner needing to provide emergency veterinary care for his other horses, and it’s time for Cedar to get his shot. #payingitforwardBB #cryptorchidstallion #miniaturehorse #gofundme

The proper term for a male horse that has been castrated is a gelding. A male horse is typically gelded after six months of age.

The only requirement to geld a male is for the testicles to have dropped beforehand. Geldings are extremely common because of the simplicity of castration and its benefits.

Geldings are known to be the most preferred horses for everything other than breeding. These horses have no stallion tendencies, which means they are rarely aggressive.

Geldings also don’t go into heat like mares, allowing them to have an even keel mannerism.

Most equestrians believe geldings to be the most easy-going type of horse. Because of their laid-back nature, geldings are the most common horses to be used for therapeutic riding.

Want to know why you should buy a gelding? Here’s a video for you!

What is a Young Horse Called?

A foal is a gender-neutral term for a baby horse and is the generic term for colt or filly. A horse is typically considered a foal from the time they are a newborn horse until they reach four to five years old.

This is also about the same time they lose their temporary teeth and gain their permanent teeth.

Foals under one year that have not yet been weaned off of horse milk are known as sucklings. To be even more specific, those who have recently been weaned may also be called a weanling.

Yearlings are foals between the ages of one and two years old. This stage of a horse’s age is known to be one of the best times to create a foundation for the development of the horse.

Foal is the only gender-neutral term for horses.

Look at this tamed foal!

What is the difference between a colt and a pony?

Ponies are small horses, and colts are young male horses.

What is the difference between a stallion and a mustang?

Mustangs are horses that descend from domestic Spanish horses brought to America that escaped. And Stallions are mature horses that were not castrated. Both are feral.

What does H stand for in horse gender?

While there are quite a few terms for a horse’s gender and age, the terminology is actually there to make things more simple. You can define any horse from anatomy to life stage.

Most gender terms are also associated with the ages of horses.

Knowing all the terms I mentioned here will help you have an advanced sense of identifying horses. Being able to determine what a horse is in can also tell you about the behavior of horses based on what term they fall under.

How do you call your horses? Let us know below! 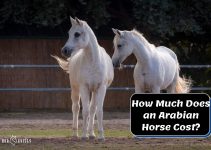 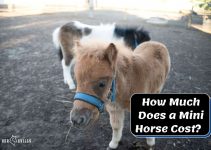 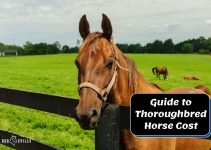