Finding male horse names is easy: you can get inspired by all the beauty around you and name them.

However, finding the PERFECT name is the real challenge!

Choosing the right name for a male horse is much more challenging than picking names for female horses – until you have a valuable list of ideas like the one below!

Check out our favorites – and pick the best name for a male horse!

See the table below for a quick glance of the male horse names. Read further for the complete list.

CHECK OUT: How Long Can a Horse Run Before it Dies?

Give your horse the personalized care they deserve with 24/7 guided wellness from AskVet’s professionals!

Let’s take a look at a wide variety of horse names inspired by famous stallions, mythological characters, racehorses, and more!

Your lovely stallion is a pet for life. You must choose the perfect name for a male horse to suit his nature, looks, and habits. You can name him after famous racing horses or powerful characters, or choose funny and unique horse names.

We hope that our list of male horse names will help you find the right one.

What are your favorite male horse names? How about your stallion, what is his name? Please share with us! 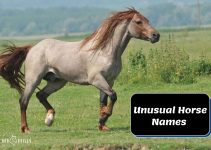 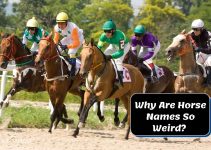 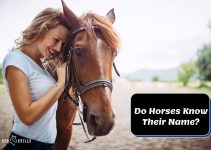