Who are the most famous Olympic Gold medal equestrians?

We put together a list of some of the best known in each of the three major disciplines, showjumping, dressage, and eventing.

These athletes, including the horses, train for years to reach the peak of equestrianism.

It is by no means all just the horse, and they often don’t get the recognition they deserve.

Modern showjumping is technical and physically demanding on both the horse and rider.

Only carefully honed partnerships are able to achieve nomination to participate for their country in the Olympics.

The first Olympics that included show jumping was the 1900 Paris games but it was much different than today.

There was then a gap until the 1912 games in Stockholm and it has been present ever since.

Let’s take a look at some of the greatest show jumping gold medal winners.

William Steinkraus and his horse, Snowbound, took home the individual Olympic show jumping gold medal at the 1968 games in Mexico City. It was one of the biggest courses (height and width) ever built.

Taking home silver for Great Britain was Marion Coakes on Stroller, who just happened to be a pony, and some pony he was.

He is one of the most legendary riders ever to represent the United States. The 1968 gold medal wasn’t his only Olympic achievement.

At the 1984 Los Angeles Olympics Fargis and his mare, Touch of Class beat their teammate Conrad Homfeld and Abdullah to win the gold.

This unusually matched pair of Fargis and Touch of Class was the equestrian fan favorites of their time.

Joe Fargis is a tall slim man, but he expertly piloted the petite and tiny Touch of Class around the world’s most difficult jumping courses.

Touch of Class was also a Thoroughbred, something you don’t see too often at the top of the sport.

They also helped the French team to a bronze medal. The pair also won the team gold medal at the 1990 World Championships.

Ludger Beerbaum, of Germany, is one of the world’s most successful show jumping riders and still competes today.

In 1992, at the Barcelona Olympics, Beerbaum and his horse Classic Touch took home the individual gold medal.

Classic Touch was also a German horse. She was a bay Holstein mare by the famous stallion, Caletto II.

One of his biggest achievements was winning gold with Baloubet du Rouet at the 2004 Athens Olympic Games. He is the son of another legendary equestrian, Nelson Pessoa.

The pair’s gold in 2004, wasn’t their first Olympic medal. In 2000, they helped the Brazilian team to win a bronze medal.

They also succeeded in the extraordinary achievement of winning gold at the World Cup three years in a row.

In 2016, at the Rio Olympics, Nick Skelton and his stallion, Big Star won individual gold.

They also took home the team jumping gold medal at their home games in London 2012.

It is impossible to detail every show jumper that won individual gold at the Olympics here, but here is a taste of some of the winners.

Eventing, otherwise known as Three Day Eventing, is an equestrian competition that takes place over 3-days and in 3 phases, dressage, cross country, and show jumping.

This discipline first appeared at the 1912 Olympic Games.

New Zealander, Mark Todd, is one of the most successful and famous eventing riders.

Todd and his horse, Charisma not only won one individual eventing Olympic gold medal, they won two, back-to-back at the 1984 Los Angeles games and again in 1988 in Seoul.

Todd’s achievements in equestrian are so great he was awkward a CBE, becoming Sir Mark Todd, in 1995.

He was also named rider of the 20th Century by the International Federation For Equestrian Sports (FEI).

After retiring and making a comeback eight years later, Todd went on to help the New Zealand Eventing Team win bronze at the 2012 London Olympics.

The eventing competition at the Olympics was dominated by New Zealand’s riders from 1984 to 1996.

In 1996, Blyth Tait on Ready Teddy took home the individual gold medal at the Atlanta games, after previously winning bronze in Barcelona in 1992.

Michael Jung is undoubtedly one of the world’s most talented equestrians. In London 2012, and at the 2016 Rio Olympics, Jung and his horse Sam won individual gold.

He also won three of the most prestigious Three Day events, Burghley and Badminton with Sam, and Kentucky with FischerRocana FST.

Not only is Michael Jung one of the best eventing riders, but he also competes successfully at the highest levels of show jumping.

Here are a few more of the riders that won the individual gold medal at the Olympics in Eventing.

Dressage is one of the oldest equestrian disciplines. In this sport, competitors complete a test of movements on the flat.

It takes years to train a horse to Grand Prix, this highest level of competitive dressage.

Like the other disciplines, the first dressage event at the Olympics took place in 1912.

Germany’s Reiner Klimke is perhaps one the most legendary equestrians to ever take part in the sport.

In the 1982 Los Angeles Olympics, he took home the individual gold medal with his horse Ahlerich.

He won a total of 6 gold and 2 bronze medals at various equestrian championships. Quite the achievement.

He was famous for his training skills, which many still try to follow today.

Ingrid Klimke is the daughter of Reiner. She put her father’s training techniques to work to help her win 2 team gold medals for Germany in Eventing in Beijing in 2008 and London in 2012.

Isabell Werth won dressage Olympic gold medals in the individual and team events at the 1996 Atlanta Games with her horse Gigolo.

But it is not her only Olympic achievement. She also won silver in Barcelona 1992 and Sydney 2000, again with Gigolo.

At the 2008 Beijing Olympics and again in Tokyo 2020 Werth won silver again.

Her first with Gigolo was at the European Championships in 1996.

Anky van Grunsven won three successive Olympic individual gold medals in dressage for The Netherlands in Sydney 2000 with her horse Bonfire, and Athens 2004 and Beijing 2008 with Salinero.

She is the only equestrian to achieve three successive individual gold medals.

Charlotte Dujardin is the epitome of a great horsewoman, not only for her success in the dressage arena but for the care and love of her horses.

At the 2012 London Olympics, Dujardin won the individual gold medal on her Olympic debut with the great horse Valegro, aka, Blueberry, in front of a home crowd.

Valegro and Charlotte won gold at every major dressage championship, including the European Championships 3 times, and one World Cup final.

At the Tokyo 2020 games, Dujardin chose to bring her less experienced horse, Gio, aka Pumpkin as she felt he would handle the heat better than her more seasoned mount.

Again the bond Charlotte has with horses was obvious.

Gio stepped up to perform his all-time best with him and Charlotte winning bronze medals for the team and individually.

Here are a few more Dressage Olympic gold medalists for you to check out.

To wrap up, check this video:

A few Olympic equestrian questions and facts for you.

HAS A WOMAN EVER WON THE INDIVIDUAL OLYMPIC GOLD MEDAL IN SHOW JUMPING?

Surprisingly no! This is a strange fact, despite there being many highly successful female show jumping riders participating in the Olympics. But they have won team medals.

WHICH EQUESTRIAN HAS WON THE MOST OLYMPIC MEDALS?

As of 2021, this honor goes to Isabel Werth. At Tokyo 2020 Charlotte Dujardin became UK’s most successful female Olympic competitor.

WHAT COUNTRY HAS WON THE MOST OLYMPIC EQUESTRIAN GOLD MEDALS?

Many non-equestrians misunderstand the physical strength required to train and compete with a horse, thinking the horse does all the work.

Sadly, this often undermines the achievements of Olympic equestrians.

To compete at the highest level of equestrian sports both the horse and rider are finely tuned athletes.

Uniquely, it isn’t just about the human athlete, but both must be fit to compete and have a strong partnership to succeed.

Who are your favorite Olympic gold medal equestrians? We’d love to see your choices in the comments below! 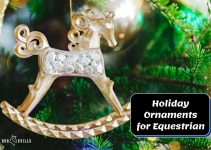 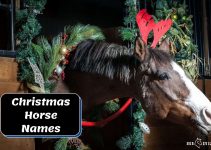 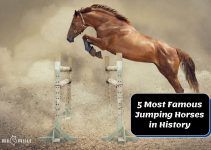