Spotted horse breeds are not necessarily just one breed of horse.

Rather, the phrase “spotted horse breed” refers to breeds of horses that carry spots in their coat patterns, all of which may have a different kind of color variation.

These coat markings are thought to have been common in horses as early as prehistoric times.

Get to know more about the different kinds of spotted horses in the guide below.

What is a Spotted Horse Called?

A spotted horse is sometimes called speckled. They can also be called by their breed, for example, Appaloosa. And they can simply be referred to as spotted horses.

Another type of horse that looks spotted is one with a ‘flea bitten’ coat. These horses look like they are covered in freckles. Even though they look spotted, they actually are not.

A spotted pattern in horses comes in many different types. They are caused by gene mutations in horses.

Let’s take a look at all the different patterns you will see.

This is the most famous type of horse with spots. They can have different types of spot patterns and often have a dark coat base color.

Check out this video of Appaloosa horses.

A rarer type of spotted horse that originated in England. It is thought that this pony breed is centuries old.

See what this adorable pony looks like in this video.

#3 Pony Of The Americas

Very similar in looks to the British Spotted Pony, the Pony of The Americas originated in North America. It is the result of crossing the Appaloosa with Arabians to get its refined look.

Its size was developed by adding the Shetland Pony into the mix.

The Knabstrupper has Danish origins and is one of the world’s rarer horses. They are hardy, energetic, and athletic horses.

The Noriker is a rare horse breed that you probably have never heard of. It is a small draft horse that originates in Austria. While they can have solid color coats, many have spotted patterns.

Learn more about the Noriker in this video.

The Tiger Horse is another rare breed with murky origins. They look similar to many Appaloosas but have a very distinct difference. This is their four-beat gait which provides a very smooth ride.

You might hear this gait referred to as ‘Indian shuffle’.

The Colorado Ranger originated in America, specifically Colorado, hence the name. The breed is pretty new but has more ancient origins that trace back to Turkish horses. There are less than 10,000 in existence.

Discover more about the Colorado Ranger in this video.

The American Paint Horse is one of the most popular types of horses in North America. They differ from other spotted horses in that their colors form large patches instead of spots.

This video is a great complication of American Paint Horses. Check it out!

The Nez Percé is the breed that the Appaloosa stems from. The First Nations Development Institute established a breeding program to preserve this now, very rare horse, in the 1990s.

See and learn about the Nez Percé horses in this video.

The Walkaloosa is a pretty unusual name for a type of horse! Another breed that originated in the United States, the Walkaloosa has a lot of Appaloosaa back breeding which gives them their spots.

However, they are one of the gaited horse breeds. They move with the Indian Shuffle, a four-beat gait.

See a Walkaloosa and learn about their gaits in this video.

Each type of spotted horse has a specific pattern that has its own name. It can get confusing with all the different names at first, but the guide below to spotted patterns will give you confidence in no time!

Make sure to check our list of amazing names for spotted horses!

Spotted horses may have coats that have an asymmetrical pattern. This kind of pattern is commonly seen in Pinto-colored Horses, otherwise known as the American Paint Horse.

This breed of horse was first introduced in North America around the 17th century by Spanish explorers. For a time, they were left in the wild until some native Americans had started to adopt this breed.

This breed is known for the patterns on its coats.

This is the most common of all the patterns in American paint horses.

Tobiano spotting is caused by an inversion of the third horse chromosome which results in what is called the Tobiano gene. (1)

This results in large, white areas on the horse with sharp, distinct edges. White patches also cross the back of the horse and all four legs are colored white as well.

More often than not, the head of a Tobiano horse remains colored while the rest of the body may have large areas of white.

Painted horses with the overo pattern are rarer than those with the tobiano pattern.

Unlike the sharp edges of the tobiano pattern, the overo pattern shows more rough-edged white patches. White patches aren’t seen along the back of an overo horse, unlike the Tobiano.

White patches are usually seen along with the head, neck, sides, and belly of the horse. The patches are directed towards a  more horizontal arrangement compared to the tobiano pattern, which is more vertically arranged.

The overo gene is responsible for the overo coat pattern just like the one shown on this here.

It is also because of this gene that horses with the overo pattern end up with blue eyes.

There is a condition though known as Lethal White Overo which is caused by two copies of the overo gene in a horse. (2)

This results in a horse that is completely white. Foals with this condition die soon after birth due to intestinal problems, so breeders need to be cautious when breeding these horses.

Horses with the tovero pattern have patches that are a combination of both the overo and tobiano coat patterns.

The body of the horse will usually have white tobiano coat patterns while the head will have lots of white markings on them just like the one shown in this here.

Horses with symmetrical spotted coat patterns are most common in two breeds of horses: Appaloosas and Pintaloosas.

Appaloosa horses are actually Spanish horses that were brought into the Americas in the 1600s.

Native Americans from the Nez Perce tribe took notice of these horses and decided to breed them.

The tribe initially named them Palouse horses in reference to the Palouse river — a river found near where the tribe lived.

This pattern is otherwise known as the “spotted solid”. Small patches of white are seen over the hips and the croup area, while large white patches are seen around the rest of the horse’s body. These patches contrast with the base coat color.

There are also horses too that have huge areas of white with speckles of dark colors scattered throughout the white background. Take a look at this Appaloosa with a blanket pattern coat.

This pattern is caused by the leopard complex gene or LP gene. (3) Leopard markings are seen in Appaloosas with white base coat colors having dark spots scattered throughout the entire body.

Leopard patterns are further divided into three kinds. “Patterned leopard spots” are those patterns that begin from the flank spreading towards the entire body of the horse.

“Unpatterned leopard spots” appear at random throughout the entire body. “Few spot leopards” are white horse breeds that have areas of color and few dark spots on the body.

Check out this video to get an idea of what they look like.

Varnish roans Appaloosas appear to have a dark color on their bony areas, while the more muscular areas are covered with white hair that develops progressively.

The color of a varnish roan Appaloosa tends to slowly change through the years as seen here.

The snowflake pattern in Appaloosas tends to show as the horse ages. It often starts with a few white spots interspersed within the horse’s basic coat colors. These spots tend to increase in number as the horse gets older until it stops at some point.

When the spots no longer spread, the horse’s coat pattern is then called “speckled” just like in this picture.

Mottled skin is usually seen around the eyes, the genitalia, and along the muzzle of the horse.

Skin mottling is also used to describe any white pattern that does not necessarily fit into any of the previously mentioned Appaloosa spot patterns mentioned.

Pintaloosas are horses that carry a combination of both a painted horse’s Tobiano coat pattern and the small spots of an Appaloosa, as shown here.

This comes as a result of breeding between an Appaloosa and a painted horse.

Here’s a cute video from Tiktok

Can a quarter horse be spotted?

Yes. There are quarter horses that are spotted but to be accepted into the American registry for Quarter Horses, they must be able to prove that these horses were sired from American Quarter Horses as well.

What is the prettiest horse in the world?

Pretty horses breeds a lot, but the one of prettiest among all of them is the Arabian horse.

Spotted horse breeds are popular horses due to the unique color pattern that they have on their coats.

These are rarities that are gifts of nature resulting from genetic mutations caused by interbreeding that has developed through the years.

Let us know what you think about the different spotted horse breeds! Maybe you can pitch in some name ideas for them!

Hi there, I’m Johanna a writer, cat cuddler, and all-around animal lover! 🐈 I have two furkids of my own – a blue-eyed Siberian cat named Karakita, and a Siberian Husky Sundance who is the boss of us all. A lot of my motivation comes from my love of animals and I want them to be treated with respect.

Find her on Linkedin 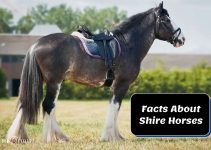 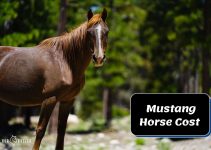 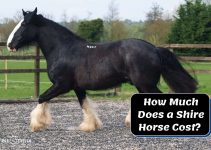