The past few weeks have been a like a history class regarding the monarchy. The final journey of Her Majesty’s was also one to behold with pomp and flair.

One thing that caught my attention as a hippophile was the riderless horse in front of her procession as they proceeded to Westminster Abbey.

What was the reason behind the lone charger?

Turns out it’s a tradition that roots back to the 1700s. A lone charger often symbolized a fallen soldier.

The soldier’s boots would be placed backward in the stirrups of the lone charger. This was usually witnessed during parades of funerals of prominent persons.

And what a way to commemorate Her Majesty considering her active duty as a mechanic in the Auxiliary Territorial Service (ATS), the British Army’s women’s section.

She was also the first female member of the royal family to serve in the military, holding over 50 positions and assignments in the United Kingdom and Commonwealth Armed Services during her reign.

And let’s not forget about the queen’s love for horses. Her first horse (a shetland named Peggy) was gifted to her by her father, King George, on her fourth birthday.

This has to be where her love for horse racing began. After her wedding, she was gifted her first racehorse ( Astrakhan), which raced in Ascot in 1949.

The queen adored Windsor Castle because it allowed her to ride her horses, and she could often be seen galloping across Windsor Great Park.

As her procession moved along, one other notable horse was her fell pony, saddled but riderless.

The queen was the commissioner-in-chief of the Royal Canadian Mounted Police, and four horses from the RCMP Musical Ride gifted to her during her reign led the funeral procession in London.

Other notable figures honored with the symbolism of a riderless horse include Lord Mountbatten, Prince Philip’s uncle, who the IRA assassinated. During his burial in 1979 with a riderless horse with his boots reversed in the stirrups.

Abraham Lincoln was honored in 1865 with a riderless horse during his burial. Presidents John F. Kennedy, Herbert Hoover, Lyndon B. Johnson, and Ronald Reagan also had a lone charger.

My name is Ben Roberts, and I absolutely love animals. So, naturally, I love writing about them too! I have three dogs and one old cat, plus experience with horses. Each one of them provides me with a new adventure every day. And the best part is they’re all best friends. Well, except the cat when he gets a little annoyed. FIND HIM ON: TWITTER.
Read his latest ARTICLES.
Learn more about Benhere 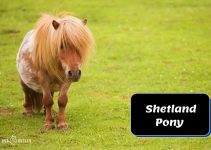 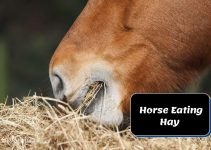 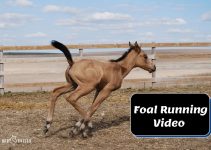