You have probably already heard of Thoroughbred horse movies like Dreamer, National Velvet, Seabiscuit, and Secretariat. But what about films such as Bite the Bullet, Champions, Ruffian, and The Cup?

If you haven’t heard of them, you are missing out on some amazing Thoroughbred horse movies!

Make sure to also check our list of popular horse movies!

The movie is about a misfit group of New Mexico cowboys. They started on a lifetime journey when their small racehorse qualified for the Kentucky Derby in 2009.

Bite the Bullet is a 1975 action, adventure, Western movie. It’s about a group of contrasting individuals who enter a horse race to win a large cash prize.

The group enters a grueling 700-mile horse race through the Southwest desert.

They race against a Thoroughbred champion pedigree horse.

The horse is owned by a wealthy man named Jack Parker (played by Dabney Coleman), who intends to win the race at any cost.

This is a 1984 biographical, drama, romance movie. It is based on the true story of Bob Champion, an English steeple chase jockey.

After a testicular cancer diagnosis, Bob Champion decides to fight his disease rather than succumb.

Miraculously, he recovers. And with his Chestnut colored racehorse named Aldaniti, he won the 1981 Grand National horse race at the Aintree Racecourse in Liverpool, England.

Ruffian is 2007 biographical, sports, drama, and movie. It’s about the real-life story of Ruffian, a champion Thoroughbred filly.

Ruffian was undefeated in 10 races. During her 11th race, on July 6, 1975, at the Belmont Park in Elmont, she broke both sesamoid bones in her right foreleg.

Four veterinarians and an orthopedic surgeon attempted surgery, but, in the end, Ruffian had to be euthanized.

5. Run for the Roses

Run for the Roses is a 1977 sports drama movie.

It focuses on Juanito Hernandez (played by Panchito Gomez). A boy from Puerto Rico finds himself in Kentucky.

He befriends a Thoroughbred horse that he believes can win the Kentucky Derby.

After the horse undergoes an operation, Juanito takes care of the horse until he fully recovers.

He then convinces the horse’s owner, Clarissa Stewart (played by Vera Miles), and the horse’s trainer, Charlie (played by Stuart Whitman), that the horse has an excellent chance to win the Kentucky Derby.

The Cup is a 2011 biographical drama and sports movie about the 2002 Melbourne Cup.

This one was held on November 5, 2002, at Flemington Racecourse.

Just a few days before the 2002 Melbourne Cup, on October 29, 2002, Damien’s older brother, Jason Oliver (played by Daniel MacPherson), who was also a jockey, died after a fall during a race trial at Belmont Park Racecourse in Western Australia.

7. The First Saturday in May

The First Saturday in May is a 2007 sports documentary. It follows six diverse horse trainers and their Thoroughbred horses preparing for the 2006 Kentucky Derby.

It is about a young boy named Paul Grahame (played by John Howard Davies) who receives a rocking horse for Christmas.

While rocking at breakneck speeds, Paul soon discovers that he can pick the winning horse with complete accuracy at all the horse races.

Paul’s mother, Hester Grahame (played by Valerie Hobson), is greedy and irresponsible and constantly complains about the family’s lack of wealth.

Paul’s luck changes the family’s wealth for a short time until things turn for the worse.

If you are a fan of horse movies, or just want to watch something interesting and new, I would definitely recommend giving some of these underrated Thoroughbred horse movies a try.

You may be surprised by how much you enjoy them!

What are your favorite thoroughbred horse movies? Please share below! 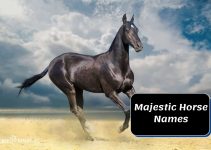 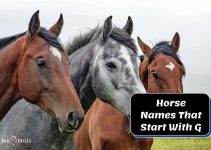