If you are a fan of the old west Tv show, then you might have, at one time or another, wondered how big is the Yellowstone ranch.

After all, it’s a pretty impressive place!

Wonder no more because I did some digging, and luckily, I’ve got the scoop on just how big the real-life Ranch is.

Where is the Yellowstone Ranch?

Yellowstone is filmed on a ranch in Darby, Montana, East of Bozeman and West of Livingston.

The Dutton family-owned ranch is a real-life cattle-rearing ranch.

It’s no wonder that the Ranch was chosen as the filming location for a show set in the beautiful and rugged American West.

The Ranch has been in the Dutton family for six generations, and it is owned by John Dutton, played by Kevin Costner.

In addition to being a working cattle ranch, the Dutton Ranch is also home to a variety of wildlife, including bison, elk, deer, and yellowstone horses.

Is the Yellowstone Ranch Real?

The stunning backdrops of Yellowstone are very real, as is the history that lies along this same trail once traveled by Lewis and Clark [2]. The Chief Joseph Ranch-as it is officially called-was homesteaded in 1880.

Here is an awesome video about the Yellowstone ranch’s history.

When was the Dutton Ranch Established?

They brought in a large herd of Holstein cattle.

What Parts of the Ranch Do They Use For Filming?

The show primarily uses the 6000ft house and the two barns: the fisherman cabin, i.e., lee Duttons cabin, and the Ben cook cabin

Most of the things in the house were not changed. The crew added family heirlooms and a bit of modern furniture.

Other locations that are filmed are the front and back porch, the kitchen, the helipad, the cemetery, bunkhouse, and round pen.

ALSO READ: How Did Seabiscuit Die?

Why Is it Called Yellowstone Ranch?

The Chief Joseph Ranch was named in honor of the great Nez Perce chief [1] during his time on the Ranch.

Today, this same land is known as the Dutton Ranch on Yellowstone’s Paramount Network and is an iconic location for television viewers everywhere!

Who Owns the Yellowstone Ranch in Real-life?

Shane and Angela Libel own the Chief Joseph Ranch. The Ranch still functions as a working farm. However, when not filming, the owners rent out the two cabins: Lee Dutton’s cabin and Rip’s Cabin.

The home can house up to eight guests. Prices for the cabin start at $1,200 per night, with a $50 surcharge on each additional guest.

“The Fisherman Cabin overlooks the Bitterroot River, providing 360-degree views of the Bitterroot Mountains and the Sapphire Mountains,” the owners say. ​”Built in 1916, the cabin served as housing for the lodge’s domestic staff. “

Currently, the cabin serves as a guest cabin utilized by fishermen and vacationers in the Bitterroot Valley.​”

Find out other tv shows with horses to binge-watch.

How Much is the Yellowstone Ranch Worth?

In the TV show, the Ranch is said to be the largest Ranch in the US. If it were sold for $10,000 per acre the value is significant.

So if John decides to sell Yellowstone, he will probably get an estimated 8 billion. But we all know he is not planning on selling the Ranch.

Can You Visit Yellowstone Dutton ranch?

Yes, you can. The Yellowstone is open to the public

Can I spend the night at the Yellowstone ranch?

Yes, The owners rent out the cabins that can host up to 8 guests.

Can I bring my horses to the Chief Joseph Ranch?

Yes, you can. The minimum cost is $25 per day for two horses.

How much does it cost to stay overnight at the Yellowstone ranch?

Prices for the cabin start at $1,200 per night for up to 4 guests, with a $50 surcharge on each additional guest.

The ranch from the show is actually not so massive. It spans just 2,500 acres of land. This is a far cry from some of the massive ranches that are shown on TV. But it’s still quite impressive.

The show is a great way to get introduced to the area and all that it has to offer. If you are ever in the area, be sure to check out some of the places that were featured on the show. 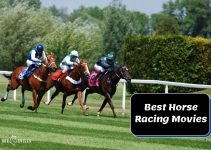 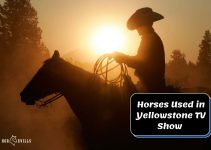 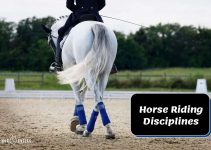